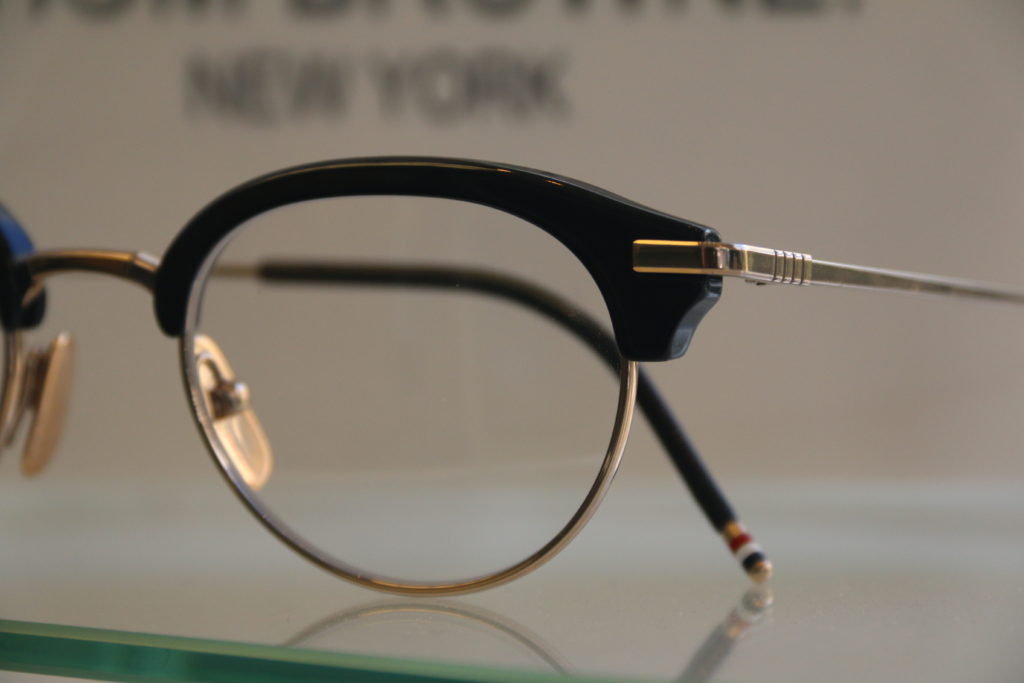 Acclaimed designer Thom Browne has teamed up with Los Angeles-based luxury eyewear designer, Dita, to release a stunning collection of unisex sunglasses and optical frames.  With retro styles inspired by the architects, studio artists, industrial designers and professors of the 40s, 50s and 60s, each eyewear style is marked with the signature Thom Browne red, white and blue logo at the tip of each earpiece.   Browne initially earned his reputation as a fashion designer for Ralph Lauren and Club Monaco before launching his own private label.  After numerous awards including being named GQ’s Designer of the Year, Brown became a rising star for his men’s and women’s clothing wear brands.  Named the 2013 Menswear Designer of the Year by the Council of Fashion Designers of America, Browne’s eyewear frames debuted in New York City and Seattle Eye is proud to bring this line to the Northwest.